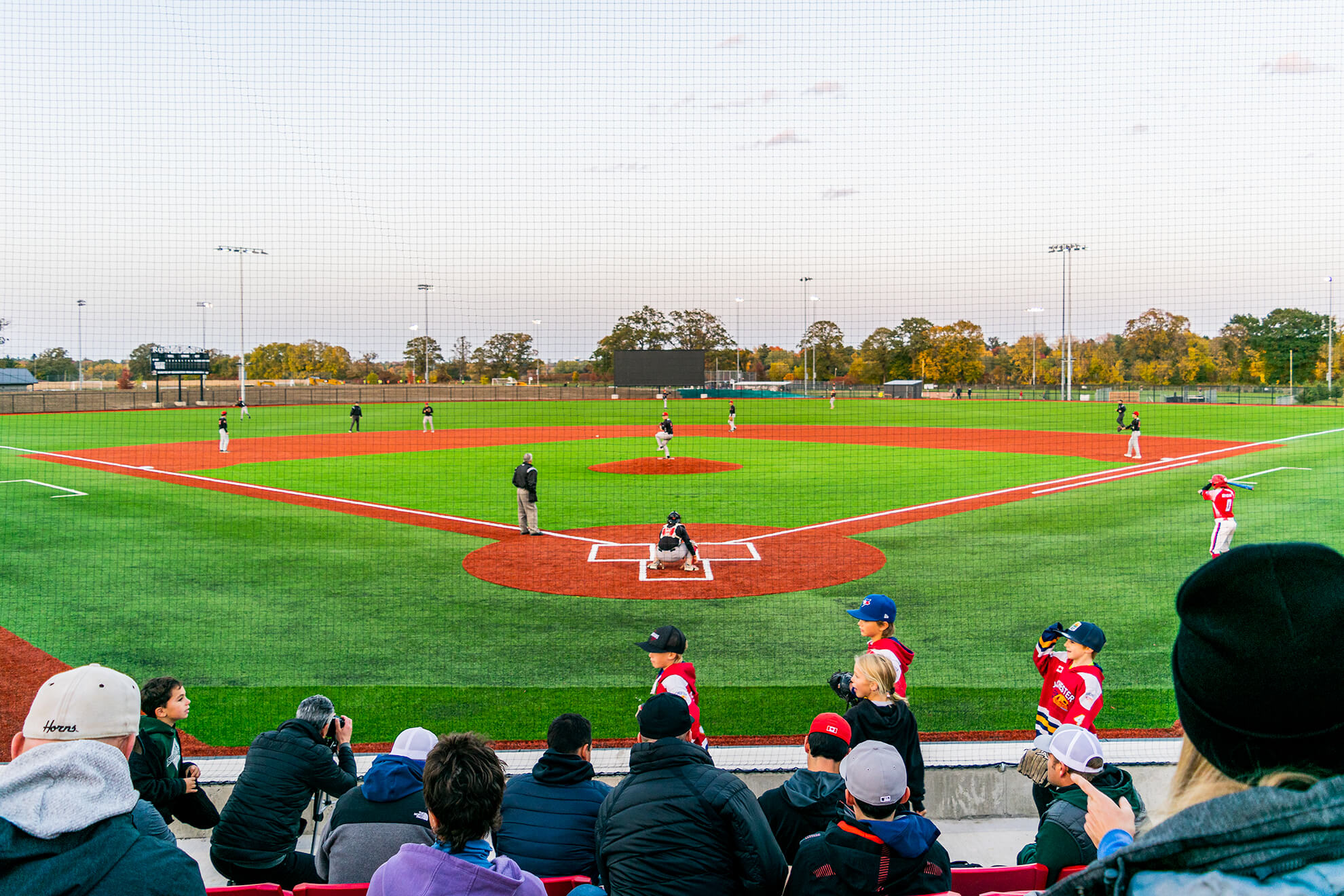 Friday, October 14th, 2022, marked a historic day in the Great Lake Canadians' history as the first game at Royal Field was played. The excitement from the players and staff was undeniable, as there was a large sense of anticipation for the field's completion.

It was only a year ago that the land where the field is built was a parking lot, and now it is one of the premier sites for baseball in the country.

The field, which mirrors the dimensions of the Rogers Centre, features the Blue Jays' former turf, amongst many unique features with more amenities to come. Royal Field joins the Rogers Centre as the only full-size turf baseball field in Ontario.

Director of Baseball Operations and Dorchester, Ont. native Chris Robinson reflected on the special night and weekend as a whole, stating, "this was a weekend we had been long anticipating and the facility didn't disappoint. We were able to get all of our teams to experience Royal Field before heading indoors for our off-season."

"Our hope is that this will continue to motivate our guys and we look forward to getting on the field early this upcoming spring."

Royal Field acts as a major addition to the player development-centric organization. The existence of the field will provide longer seasons with fewer rainouts, allowing for invaluable additional repetitions for GLC players.

Meanwhile, the ability to have two fields at the same site and have the whole organization playing in Dorchester contributes to creating a shared culture from top to bottom.

Throughout the weekend, GLC alums came to witness the first live action at the stadium. This continued throughout the remainder of the fall, which Robinson noted as being "special."

"Having alumni and alumni families back was a special moment. In any event we host, having those that have helped get us to where we are today in attendance is always special."

"We truly believe that all of our GLC families were instrumental in helping us build this facility. We look forward to our "Grand Opening" this coming spring where we can honour all of our families and the supporters. "

The completion of the field is a reflection of all those who have been a part of the organization thus far and could not have been possible without the support of Thames Centre.

"Nothing short of amazing," Robinson said about the municipality's support.

"I think you have to take a step back and remember this is the only facility like this in the entire province and one of very few in the country. Having this council and this municipality sign off on this is pretty special and speaks to their commitment to amateur sport."

"With the arena, along with the commitment the staff has made to the Outdoor Rec Centre, Thames Centre has developed a reputation for being home to the best recreational facilities in our area. I think we will find that Thames Centre becomes a trailblazer when it comes to baseball facilities in this country. It has been impressive from the first day we have used the existing field that this rec department, this council and this municipality puts a strong emphasis on youth sports. It is obviously a big deal for our GLC guys having these facilities, but as a Thames Centre resident and a father of kids that utilize all of these facilities, it makes me extremely proud."

The excitement this fall was special, and the games delivered. With the first action at Royal Field in the books, the anticipation for the first full season on the turf is significant and brings an immense sense of excitement heading into 2023.