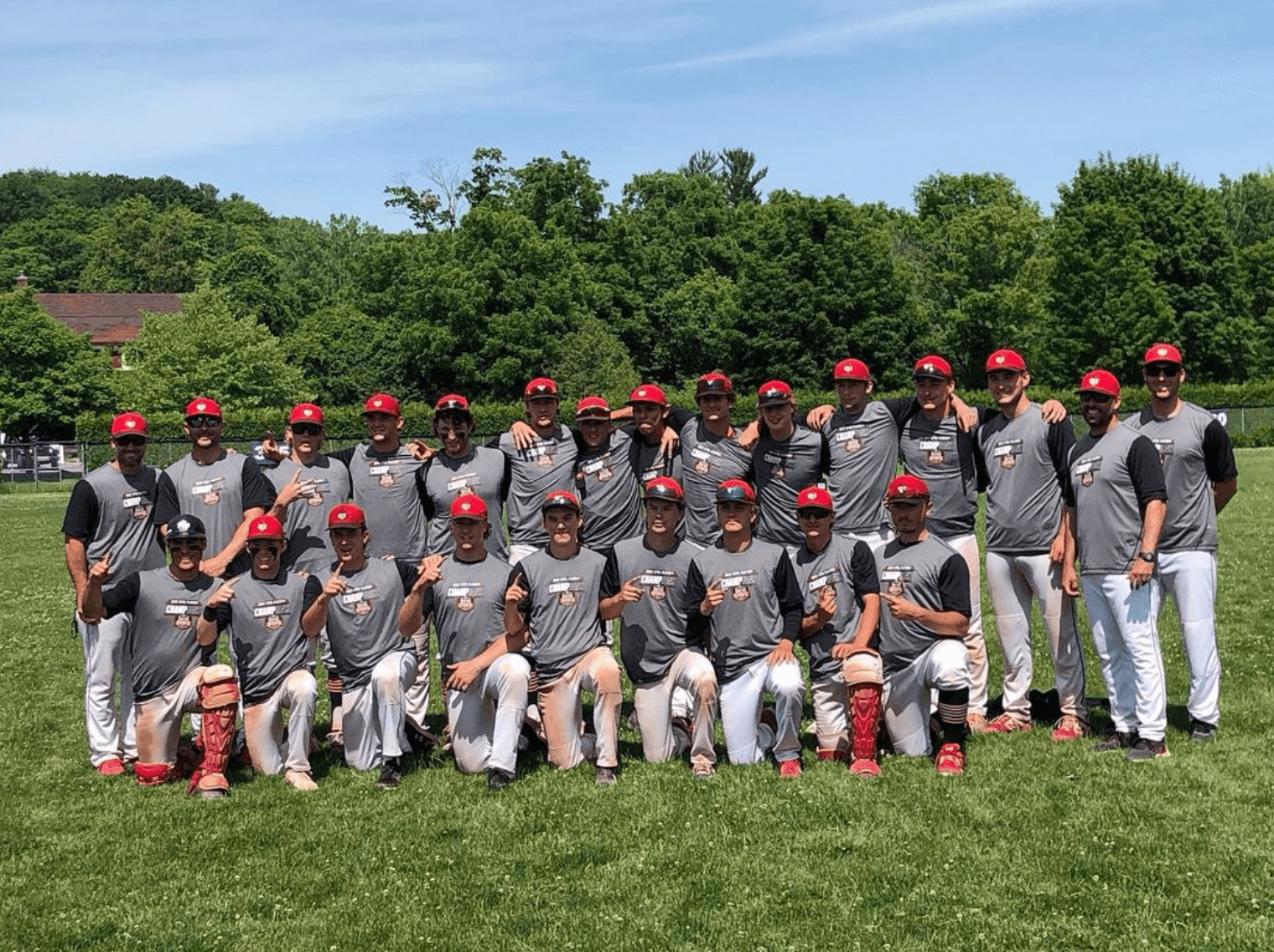 The 2022 year was a memorable one for the Great Lake Canadians, with a number of exciting developments taking place throughout the organization.

GLCs success at every level was evident during the CPBL season, finishing in the top two spots in each division in the standings. The 14s, 17s, and 18s each finished first, with the 15s leading their division in wins and the 16s finishing second in wins.

The 18u squad led by Sean Refflinghaus put together a dominant regular season in which they won 15 games and lost only two. They carried this success into the playoffs in late June, outscoring opponents 36-1 during their championship run.

The playoff run included many noteworthy moments, highlighted by Owen Byberg returning from Tommy John Surgery to throw a scoreless inning in the championship game.

Meanwhile, Brock Kjeldgaard's 17u team ended their season on top, taking home the trophy in a hard-fought playoff run. Following a first-place finish in the regular season, the 17s picked up where they left off in the playoffs, winning it all in an emotionally-packed week.

The 17s advanced to the finals in dramatic fashion as Camden Sanders hit a walk-off home run. They then proceeded to carry that momentum into a high-scoring championship game.

Camden Sanders sends the 17s to the championship game with a walk-off 💣💣💣‼️ pic.twitter.com/lyj8d2V0y6

GLC teams took their talents south of the border, having success in tournaments in the states. The experiences on and off the field made for memorable trips, with teams at each level competing well in their respective tournaments.

In the ABC Tournament at Grand Park, the 17s took home the title following Ashton Graff-Rowe's walk-off hit. In a year filled with dramatic victories, the 17s won an extra-inning game by the score of 5-4 to take home the gold bracket championship in July.

The 16s advanced to the quarterfinals in the same tournament. Meanwhile, following their CPBL title, the 18s were finalists in a strong tournament at Grand Park. The 14s, who won the CPBL league title, made it to the semi-finals of the Pastime Michigan tournament.

Champs! GLC 17U take home the gold bracket championship of the @Bullpenevents ABC with a 5-4 extra inning win. #GLCChamps pic.twitter.com/W8Zfi0BzGz

It was an exciting day for the program on July 18th when the Milwaukee Brewers called Dylan O'Rae's name in the draft. O'Rae was taken 102nd overall in the third round by the Brewers, becoming the third-highest GLC player selected in the draft.

O'Rae was a part of a number of championships during his time with GLC, most recently with the 18u squad this season.

O'Rae recently made his professional debut in the Arizona Complex League, picking up his first pro hit, the first of many.

The CPBL All-Star Weekend is a premier event on the league's calendar each year, and 17 players within the organization participated in the event.

GLC was well represented with a large group of players competing in the Prospects Game on Saturday, while in the Futures Game, up-in-comers in the organization showed well. Seven players were named to the 'Canadian Premier' team set to compete in the Perfect Game WWBA in October.

The upcoming year brings about a ton of excitement for what's to come. The completion of the state-of-the-art stadium nears; meanwhile, the success in the 2022 season is a preview of the 2023 year after an off-season of training at Centrefield Sports with the top player development staff in the country.