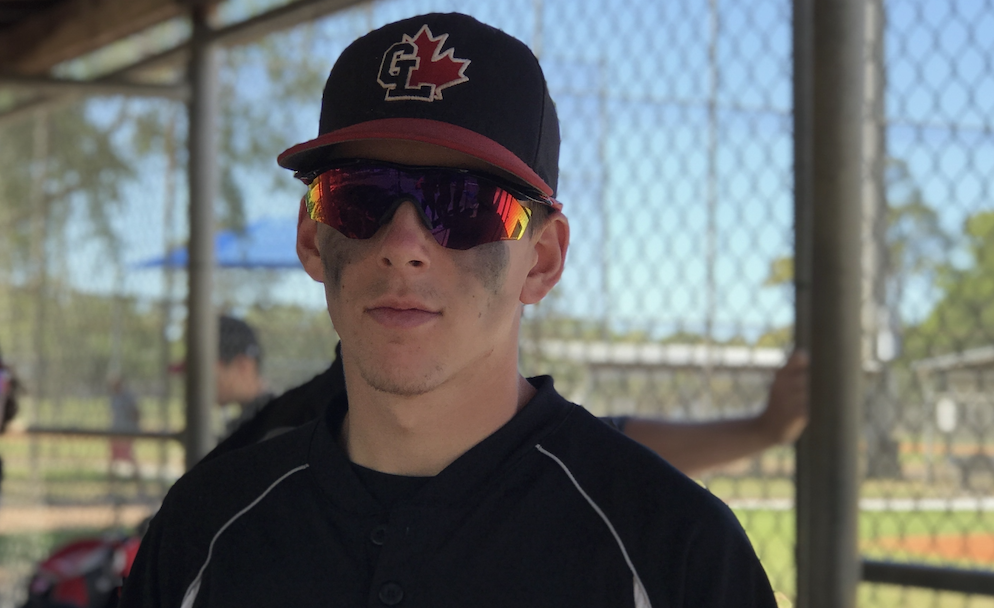 Below is the eighth installment of updates on former GLC players in college. Be sure to look for updates in the following weeks as the college season continues.

Cunningham hit his first home run of the season on Tuesday against Mt. Vernon Nazarene. The right-handed-hitting outfielder continues to see more game action as the season carries on. Lourdes plays Cleary next weekend.

Myers continues to get on base and is now carrying a 12 game hitting streak after a strong weekend against Campbell. The left-handed-hitting outfielder picked up a hit each game, scored four times, and drove in three, with four walks and four steals. USC Upstate plays Clemson on Tuesday.

EMU went 3-1 against Miami on the weekend in large part due to another big weekend from Wark. The senior infielder collected nine hits which included a four-for-four game on Sunday. He slugged three home runs for ten on the season and improved his batting average to .397 on the campaign.

Against Monmouth on Saturday, Marcus drove in two runs with a double. The senior outfielder also walked in the game. The Chatham-Kent, Ont. native and the Purple Eagles play Youngstown State University tomorrow.

Hassall got the ball Friday for KSU and delivered yet another great performance. The junior right-hander threw 5.1 innings and allowed just three hits and one run over 48 pitches during the outing. KSU is set to face Texas on the weekend.

In a three-game set against Marist, Maves had a pair of two-hit games. He picked up a couple of walks and a steal in the process. The senior infielder doubled and drove in a run, improving his batting average to .304 on the year.

Against EMU on the weekend, Zapp had a couple of two-hit games, picking up a double, a walk, and a couple of steals during the four-game set. The left-handed-hitting infielder is set to play Western Michigan University next weekend.

Niles appeared in three games for Canisius over the week, helping the Golden Griffins to a pair of wins. The right-handed hitting infielder drove in four runs and stole a bag in games against Cornell and Iona.

On Friday against Campbell, Roberts threw two innings of work, punching out two batters. The freshman right-hander now has six strikeouts in 5.2 innings of work on the year.

Douglas threw three innings of work against Northeastern State on Saturday, allowing a run and striking out two batters. FHSU plays Newman in a mid-week game and then Missouri Western on the weekend.

MacDougall, a native of Toronto, Ont., pitched 3.2 innings against Purdue Northwest on Tuesday and struck out two batters allowing just two hits and no runs.

Jacklin had a pair of at-bats against Parkside earlier today, picking up his second hit of the season and two RBIs, helping Davenport to a win. The Panthers are now 18-17 on the season with that win today.

Mosher appeared in two games today, picking up his first hit of the campaign and driving in a run in the first game. In the second game, he got on via a hit-by-pitch, helping Davenport win each end of a double-header.

Gajic appeared in two games over the weekend against Missouri Western. The lefty had two scoreless outings, striking out two batters. Gajic now has a 2.38 earned run average on the season.

Baptie played in three games this past week for UMary. The right-handed-hitting outfielder picked up two hits in a mid-week game against Concordia-St. Paul, driving in two runs. Meanwhile, Baptie added his fourth hit of the season in a game vs Upper Iowa on Saturday.

Hart helped William & Penn to three wins this weekend against Culver-Stockton. Hart picked up three hits, drove in a couple, and walked three times. He is now hitting .307 on the year with 23 runs batted in.

George pitched seven innings on Saturday, striking out five batters, allowing just four hits and two runs. Meanwhile, offensively, he picked up a couple hits on Sunday, knocking in a few runs, doing it on both sides.

In the two games Thibodeau played this week, he continued to swing a hot bat. He picked up four hits, including a double and drove in three runs, improving his batting average to .427 on the year with 20 runs batted in.

Ross pitched an inning and two-thirds against Midland on Wednesday, helping Howard CC to win. He struck out two batters in the process. Howard CC is set to face Clarendon next weekend.