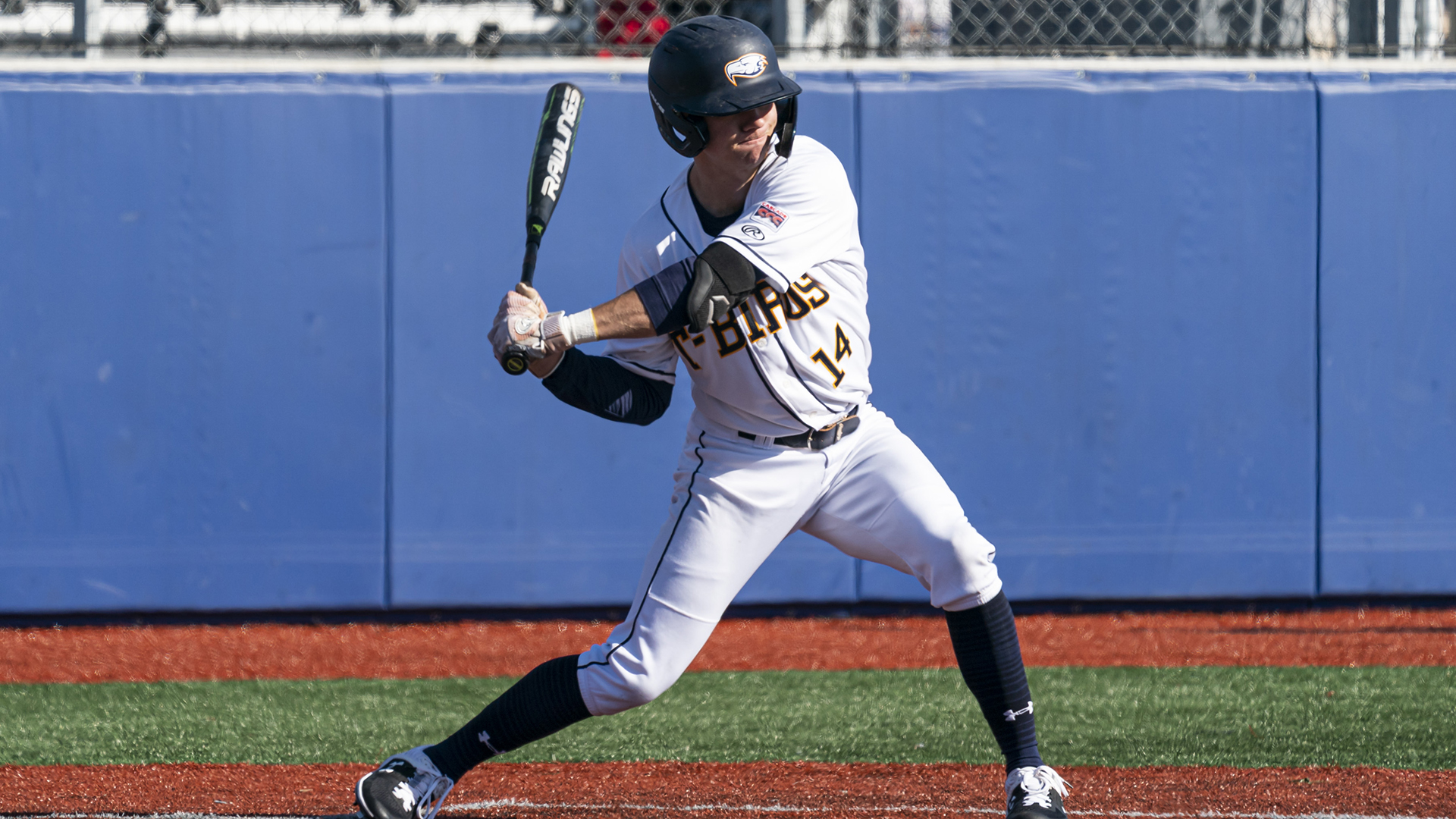 Below is the seventh instalment of updates on former GLC players in college. Be sure to look for updates in the following weeks as the college season continues.

Sanderson was a key contributor in both of UBC’s wins over Eastern Oregon this weekend. On Saturday, the London, Ont. native picked up a hit, scored twice, drove in a run and walked twice. He also pitched an inning in relief, striking out a batter without allowing a hit. On Sunday, he picked up a hit, walked twice and stole a base, his tenth of the year.

Myers, a Tilbury, Ont. native, continues to lead USC Upstate’s lineup, now hitting .307 with 13 stolen bases in 114 at-bats. Over the weekend against High Point, the Spartans won two out of three, as Myers went 5-14. Upstate is now 18-10 as they prepare to face Georgia Tech Tuesday.

Warkentin is yet to slow down, picking up four hits over the weekend against Western Michigan following a monumental series against Akron. Warkentin hit yet another home run, his seventh of the season, while walking four times, improving his OPS to 1.249. EMU plays Miami next weekend.

In MAAC conference play, Maves picked up a hit in each game against Canisius. The left-handed-hitting infielder tripled, walked twice and stole a base during the weekend. He is now hitting .304 on the year in 21 games of action.

In a three-inning appearance on Sunday, Ross struck out two batters, allowing a run without inheriting a walk, helping Howard CC to a win. The right-hander has a 3.60 ERA on the year going into this week’s game against Midland.

Vasquez had three at-bats in Saturday’s game against Midland and picked up two hits. The freshman catcher now has four hits in his last ten at-bats as he has capitalized on each appearance he has gotten.

As Kankakee went 6-1 in their last seven games, MacDonald was central in their success. The freshman outfielder picked up a pair of doubles, drove in a couple, walked four times, and scored on five occasions.

In back-to-back appearances this week, Turnbull picked up three hits in total, drove in two runs, and scored four times while hitting his first college home run. Harper CC is set to play Joliet in a double-header today.

Miami Ohio won three out of their last four, as Zapp picked up three hits and walked three times. Meanwhile, Zapp has been a threat on the bases as he added six steals for 12 on the year. Miami Ohio plays Warkentin and EMU next weekend as they look to pick up where they left off.

Duffy, who has been excellent all year, arguably put together his most dominant start on Friday. The right-hander from Burlington, Ont. struck out 12 in six innings of work, allowing just a run. He walked only one batter while lowering his ERA to 2.62 on the year.

Peyton Consigli will relieve Duffy, who finishes the game with 12 strikeouts in 6 IP.

The 12 strikeouts are the most by a #Griffs pitcher since Mark West (3/25/00 vs. Saint Peter’s).#MAACBaseball

Jackson continues to play regularly and has continued to get more comfortable as the season has gone on. Nebraska won three out of the four games they played this week, while Jackson collected three hits and two RBIs. He continues to play solid defence at second, completing every chance defensively.

In an inning of work against Mo. Southern St., Douglas threw a scoreless frame, striking out a batter in the process. The senior righty from Georgetown is set to play Washburn on Wednesday.

On Monday, Jacklin picked up his first hit of the season. The left-handed-hitting outfielder signed and drove in a run. The 14-17 Panthers play Parkside on the weekend.

Baptie got his first hit in his first at-bats of the year for U Mary this weekend. The right-handed-hitting outfielder went one-for-four, getting on with a hit-by-pitch as well.

Hart picked up six hits over the last week, hitting two doubles and scoring four times. Hart is hitting .326 in 28 games, with 20 RBI's on the year.

George threw six innings of one-run ball against Grand View on the weekend, striking out three batters. He picked up the win in a 3-1 victory, improving to 5-2 on the season.

Cunningham appeared in Sunday’s game against Concordia, coming through with a double in one of his three at-bats. The right-handed-hitting outfielder also scored a run during the game.

Thibodeau had yet another strong week, picking up four hits in eight at-bats. The right-handed hitting catcher hit his fourth double of the year and is now hitting .413 on the campaign.

On Friday, Gray doubled and drove in a run in his only game played this week. He walked twice to boot.