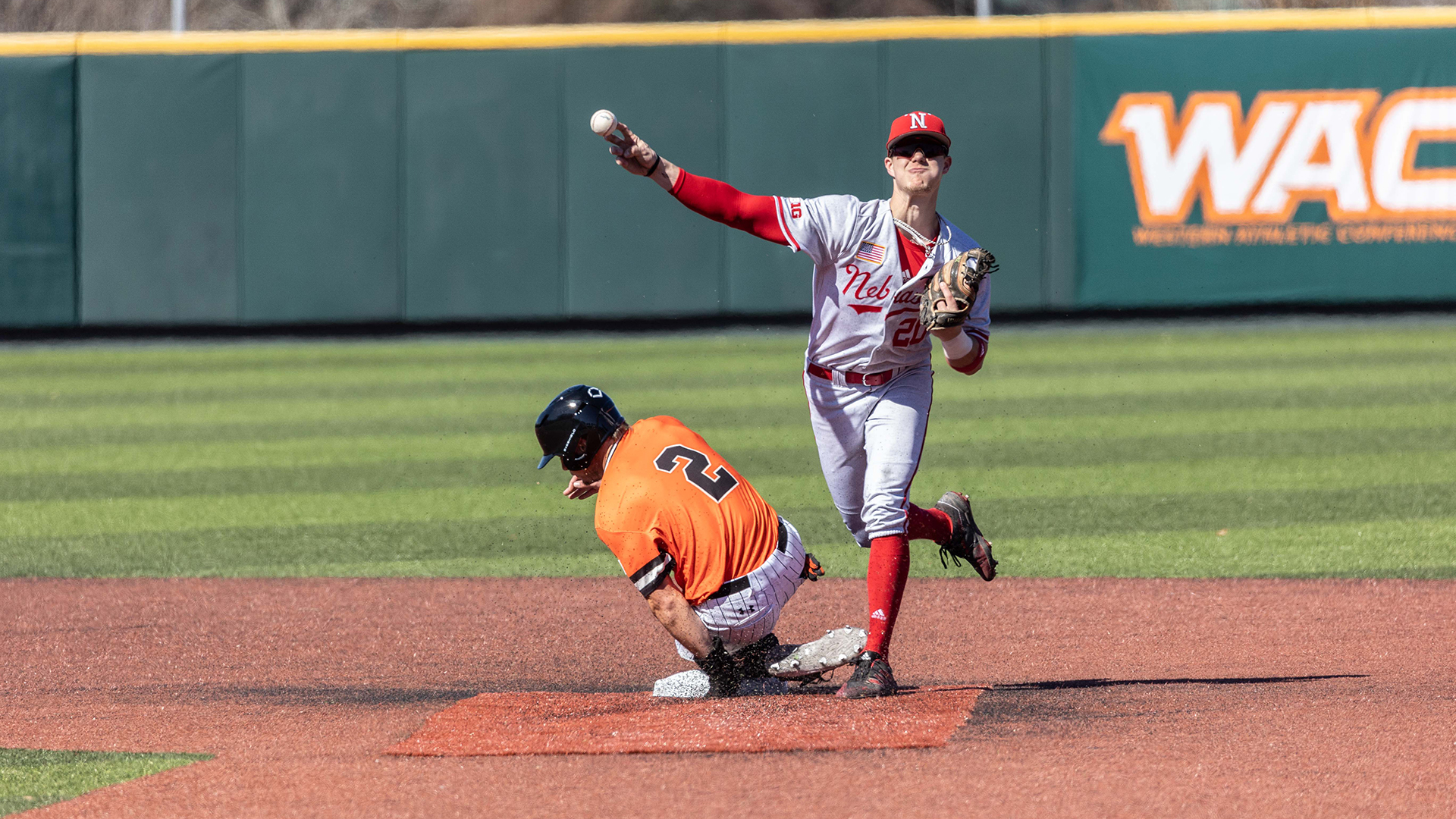 Below is the fourth instalment of updates on former GLC players in college. Be sure to look for updates in the following weeks as the college season continues.

Thibodeau appeared in two games this past week and did nothing but hit. He homered, drove in five runs, picked up six hits in total and scored six times. Thibodeau now has six home runs in 16 games as he continues to punish baseballs since joining Howard CC last season.

Spring (London, Ont.) struck out a batter without allowing a baserunner in a clean inning of work for Bossier Parish CC on Wednesday against Navarro. This comes after a scoreless 0.1 inning of work the week prior.

Gajic threw a scoreless inning of work against Pittsburg State on Saturday. The left-hander struck out two batters without allowing a hit, lowering his earned run average to 1.84 on the year.

Hart, a senior slugger at William and Penn picked up three hits, including  a double and drove in a run against Evangel on Sunday. He is now hitting .353 with a .471 slugging percentage on the year.

Sanderson, an infielder from London, Ont. picked up four hits this past week, hitting a triple and a double. The right-handed hitter stole a base to boot as UBC went 2-1 against Oregon Tech.

MacDonald opened the week with a 3/4 game on Tuesday against Rend Lake. The right-handed-hitting outfielder doubled and drove in a pair. He followed that game with three more RBIs and three walks during the rest of the week.

Diodati picked up four hits in as many games as Alabama went 3-1 this past week. Dio hit his third home run of the season in a mid-week contest on Wednesday.  Meanwhile, he drove in four runs and reached twice via hit-by-pitches.

Duffy continues to anchor Canisius’ rotation with another dominant outing on Friday. The right-hander went eight innings, allowing two runs and striking out nine. Duffy only walked one batter in the 4-2 win over Charleston Southern. Canisius is 7-8 on the year against strong competition as conference play is just a few weeks away.

Niles started in both of Canisius’ wins over the weekend. The right-handed hitting infielder picked up three hits and drove in two as he tripled and walked twice in 11 plate appearances.

Jackson has been a force at the plate in his last two games. The left-handed hitting freshman picked up two hits on Wednesday, hitting a triple and a double, and on Sunday, homered and drove in three runs. All while playing clean defence. Jackson is getting into his groove and looks to pick up where he left off as Nebraska plays six games in the next week.

2-run missile from the freshman @Corejackson32 ties this game at 3. 🚀 pic.twitter.com/XMpVgralfc

Spoljaric's stretch of quality outings continued on Sunday as the righty went 6.2 innings, allowing a run and striking out five batters. Spoljaric now has a 2.14 earned run average and is 2-0 on the year.

Corbeth continues to be a contributor for UBC on both ends, pitching 5.2 innings on the weekend against Oregon Tech and swinging the bat well at the plate. He picked up two hits on Saturday, driving in a pair while hitting his first home run on the season.

Peters, a right-hander out of Ottawa, Ont. threw a scoreless inning of work on Friday in a loss against Alabama State. Grambling University is set to head to Arkansas for two mid-week games against the Razorbacks.

USC Upstate continues their winning ways as they went 3-1 during the last week. Myers’ week was highlighted by his 2/3 day against Northern Kentucky on Friday, in which he drove in a run, scored twice, and stole a bag.

Warkentin appeared in two games over the last week and swung the bat well. The senior right-handed hitting infielder picked up two hits, walked twice and scored a pair of times in his two starts over the weekend.

Hassall continues to be an impactful piece of Kansas State’s pitching staff this season. On Wednesday, the right-hander went four innings against Nebraska, allowing just one run and striking out five batters. Hassall only allowed two batters to reach and is now pitching to a 2.38 earned run average. ‍

Kansas State right-hander Griffin Hassall is working quickly and strikes out the side in the 2nd. He has four Ks on the day and has thrown just 29 pitches. Hassall has worked out the bullpen the last few years, but was the Friday starter in 2019. pic.twitter.com/fGIHGhPeN4

In two games over the weekend, Quinnipiac split against George Mason. Maves raised his batting average to .417 on the year, picking up two hits in each game, sealing a bag, scoring three times, and driving in a run.