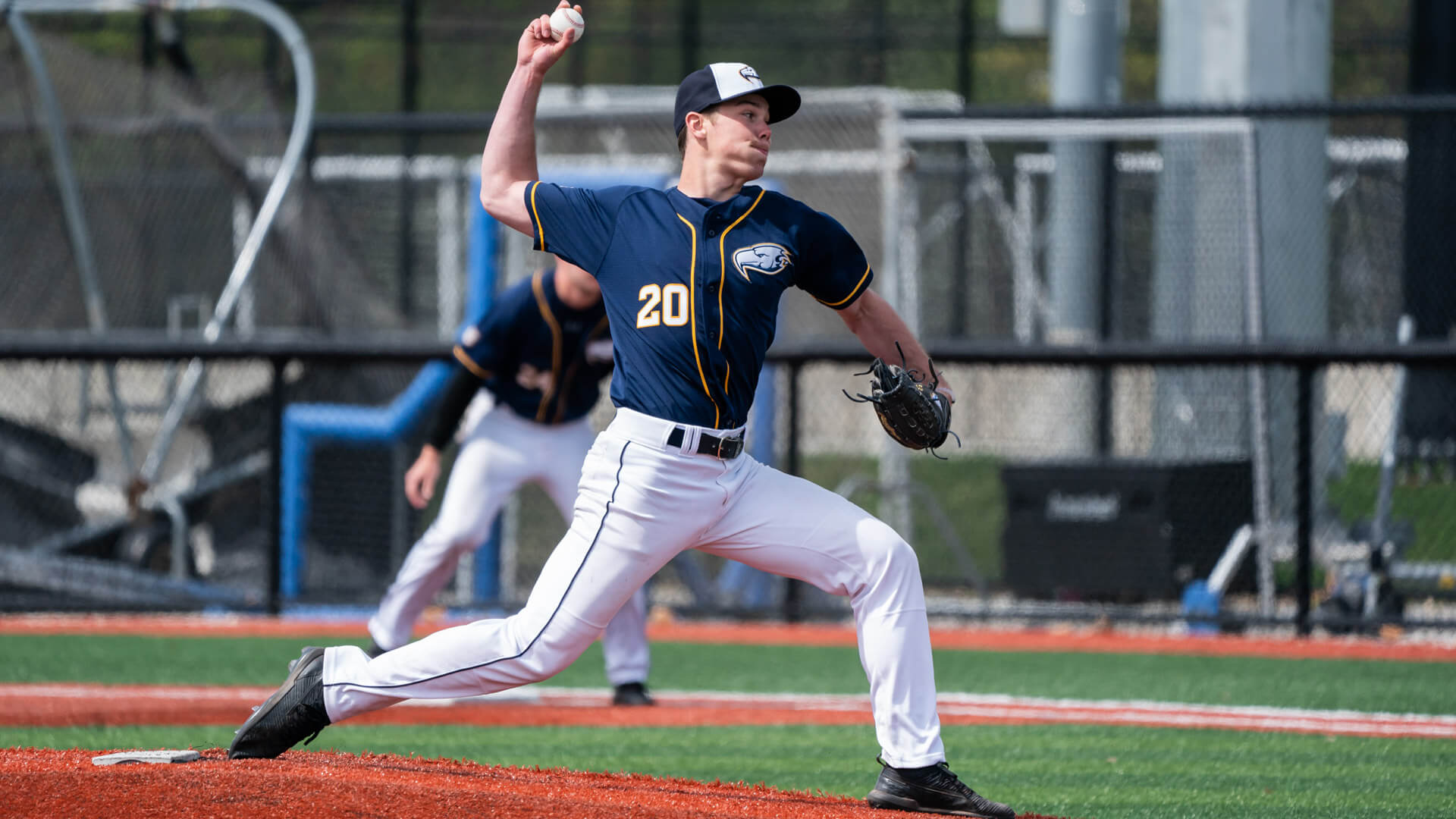 Below is the tenth installment of updates on former GLC players in college. Be sure to look for updates in the following weeks as the college season continues.

Peters, a right-hander from Ottawa, Ont., threw an inning of work on Sunday, striking out two batters in a scoreless appearance in a win against Akron. Meanwhile, on Tuesday, in a two-inning appearance, Peters allowed one hit and struck out five without surrendering a run.

Myers picked up a hit in four straight games this week, including two multi-hit games, as he keeps on hitting. The left-handed hitting outfielder knocked in five runs as well as USC-Upstate now has won eight of their last nine games.

Warkentin clubbed his 11th home run of the season on Tuesday against Siena Heights, adding to his excellent season. The right-handed hitting infielder also picked up a pair of hits in games against Toledo. EMU plays Alma on Wednesday.

Hassall emerged as a reliable weekend starter for KSU this season and proved that again this weekend. The right-hander went six innings, allowing one run and striking out a pair against UC Irvine in a 5-3 win. Hassall has now thrown 47.1 innings on the season, the third most on the team.

Zapp, a left-handed hitting infielder and Waterloo, Ont. native, had a pair of multi-hit games this week. He picked up a double and stole a bag against Indiana and added another double and a triple a couple of games later against Kent State. Zapp is hitting .248 on the season with three home runs as Miami prepares to play Ohio University this weekend.

Roberts made two appearances out of the pen this past week. He threw a third of an inning against the Col. of Charleston on Tuesday without any damage. He followed that up by throwing two thirds of work with a strikeout against North Carolina A&T.

Jackson picked up three hits in seven at-bats over the weekend against Indiana. The left-handed-hitting infielder doubled and stole a bag while reaching via a hit-by-pitch on three occasions as well.

​​George threw four innings of work in a 3-2 win over Graceland on Thursday. The sophomore right-hander allowed just one run, walking only a single batter. George continues to throw the ball well for William Penn, he's also hitting .353.

Sanderson and UBC won three out of four against Corban on the weekend. The right-handed hitting infielder picked up four hits and stole a base. He is now hitting .256 on the season as UBC is 23-22.

Corbeth did it on both sides over the weekend. On the mound, the right-hander threw 6.1 innings, only allowing one run and striking out four, helping UBC to a 5-2 win. At the plate, Corbeth had two multi-hit games, scoring three times, improving his batting average to .319 on the season.

Thibodeau added his seventh home run of the season on Saturday while driving in four runs in a 19-18 Howard CC win. The right-handed hitting catcher is now hitting .381 on the season with 25 RBIs in only 31 games played.

Barbosa had a big weekend against Bryant & Stratton as he collected four hits and hit his second home run of the season. The right-handed hitting catcher is now hitting .317 in his first taste of college baseball for Lakeland.

Rutherford got his first taste of game action in college on the weekend. The right-hander went two innings allowing one run and striking out a batter in a 4-3 win for Monroe CC.