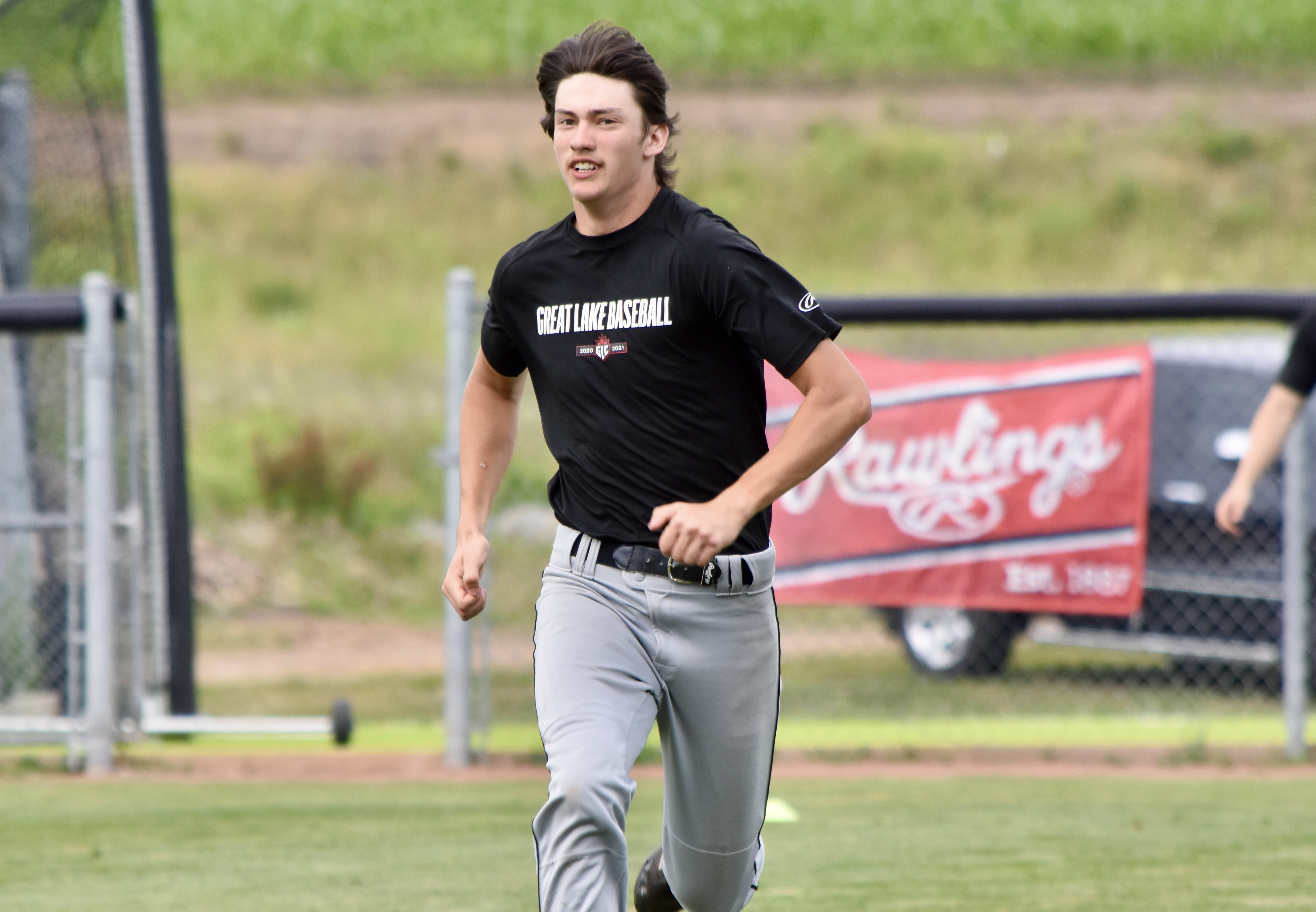 Aidan Nugent, a two-way player who joined GLC before the 17u season, is set to head to Kankakee CC in Kankakee, Illinois, following his 18u year.

Nugent’s first year concluded with a title, winning the 17u championship. His contributions were felt on the mound, on the field and at the plate, throwing quality innings and coming up with big hits throughout the season.

17u Manager, Field and Strength Coordinator Brock Kjeldgaard noted, “Aidan is a very mature, hard-working young man who deserves everything that comes his way in this game. He did a great job for us last summer, and I look forward to continuing to follow his success this year and collegiately. On the mound he does a great job of filling up the zone and going right after hitters. Offensively he had some big hits for us last year and continues to improve upon that this offseason.

The third-baseman/right-handed pitcher has reaped the expertise of the coaching staff in his short tenure with the organization, stating, “GLC has taught me everything I need to know about baseball and I can’t thank them enough.”

Nugent, who plans to study business, notes that “KCC is a great fit for me because of the players I already know there, the relationship they have with GLC and how well the school and baseball suit my lifestyle.”

Nugent also stated, “I look forward to being in a different setting away from home and gaining a lot of experience about life in general.”

Nugent set adding velocity to his fastball and improving his consistency offensively as his primary goals for the off-season, stating, “my goals are to be better than when I started the off-season.”

GLC Pitching Coordinator, Jon Fitzsimmons, stated, “Nuge will surprise you if you’re not paying attention. He’s not the type of guy who needs to tell you how good he is, but he’ll step on the field and show you.”

“He doesn’t try to overpower hitters. He fills up the strike zone with his fastball and keeps guys off balance with his breaking ball. Before you know it, you look up and it’s the 5th inning and he’s only thrown 55 pitches. That’s a rarity in the age of pitchers selling out command for velocity. He stepped up for the 17u team on the mound last summer when they needed it and was a factor throughout their championship run. I’m excited to see what he can do at the next level and how far his athleticism and work ethic will take him.”

“Listen to what the coaches say, they are there for a reason, to help and provide guidance when needed. Also learn how to fix stuff yourself because going forward you won’t always have that coach there to assist you,” stated Aidan Nugent, 2022 GLC Grad.